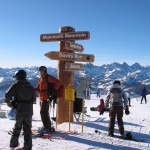 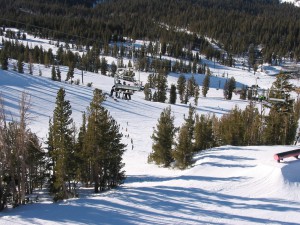 Mammoth Mountain is located just west of the town of Mammoth Lakes, California.  Located in the Inyo National Forest of Madera and Mono Counties. It’s around 308 miles north of Los Angeles.  An easy 5 hour drive from LA and a hour longer from San Francisco. That makes Mammoth a perfect getaway for mostly everyone in California! 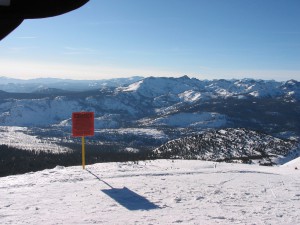 Luckily, there’s also an airport in Mammoth Lakes, called Mammoth Yosemite Airport.  It’s a small airport, but you can easily get into the resort town on airlines like Alaska Air (alaskaair.com). 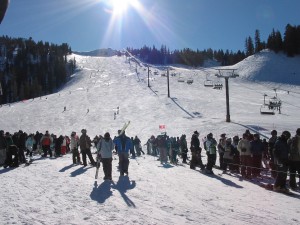 There’s so much winter fun to be had at Mammoth Mountain!  Whether you’re a beginner skier or an experienced snowboarder, or just love to play in the snow, you’ll fall in love with Mammoth Mountain! 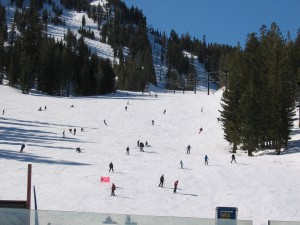 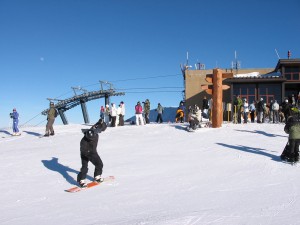 Meantime, Mammoth Mountain is already considered the biggest and best ski resort in California, with 3,500 acre of ski terrain.  With a top notch lift system, it’s a modern resort, but has kept it’s historic charm. 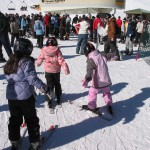 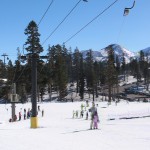 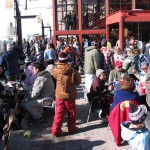 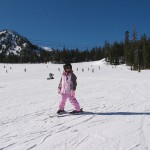 The runs are wide and long, with plenty of room for skiers and snowboarders.  There are a variety of terrain for all levels of experience, from bunny hill runs for beginners to Olympic scale race runs for the experts. With snowfall approaching 395 inches as an average, Mammoth Mountain offers a long snow season. 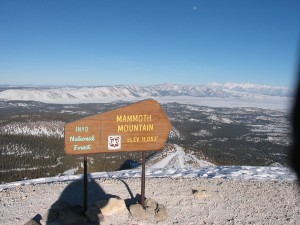 The view might be considered the best thing about skiing on Mammoth Mountain.  Because Mammoth Mountain rises above the town of Mammoth Lakes, expansive views of the entire eastern half of California can be visible from the top of the slopes! So amazing! 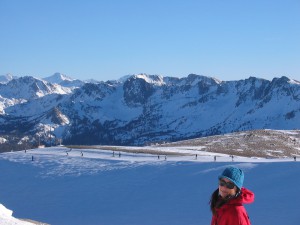 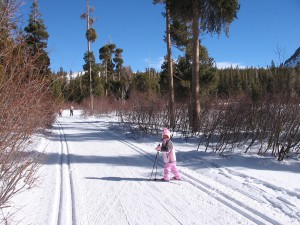 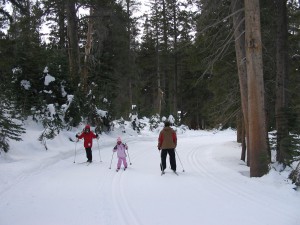 The best spot for cross country skiing, in my experience, is by the Tamarack Cross Country Ski Center.  At the center,  you can rent everything from Nordic skis to snow shoes. You can take lessons, too. During winter months, when there’s a full moon, the ski center offers Full Moon Tours on skis and snowshoes.  I have to do that one day!

There’s 19 miles of of gorgeous trails that’ll take you around Twin Lakes and a majestic ancient forest.  It’s truly a beautiful area around the Tamarack Lodge. It might be my favorite spot in Mammoth Mountain! 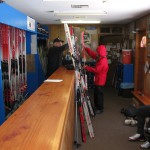 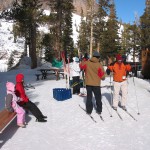 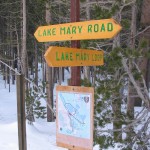 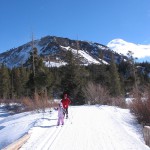 If you’re staying at Tamarack Lodge, you’ll receive 20% discount on daily trail passes and Nordic ski and snowshoe rentals at the ski center. All you have to do is show your room key.  Located at 163 Twin Lakes Road, Mammoth Lakes, CA 93546 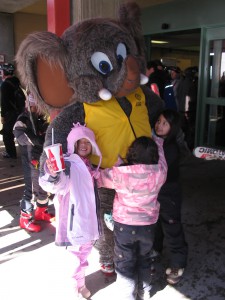 Other Winter Fun – There’s plenty of other fun winter things to do, including snowmobiling, snow tubing, and just good old fashion snow playing!  There’s over a 100 miles of snowmobiling trails, just east of Mammoth Lakes.  You can ride to Lookout Mountain, Inyo Craters and Bald Mountain.

For snow tubing, Woolly’s Tube Park is the place to be. There are 6 lanes you can tube down and there are lifts to get you started.  A giant snow play area, a carousel and little snow mountains to climb, makes for a great time for the little ones!  Located at 9000 Minaret, Mammoth Lakes CA 93546. Phone 760-934-7533. Snowmobile Adventures, located adjacent to Mammoth’s Main Lodge (the only snowmobile center in Mammoth Mountain).