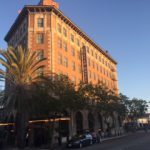 What a nice discover as we set our sights on Culver City for a date night!  Downtown Culver City,  fast becoming a hotspot for trendy restaurants and that’s exactly why we ventured out there. But, on this night, while we did find that great restaurant in Akasha, we also stumbled across a piece of history. We stumbled across The Culver Hotel.  We enjoyed nice drinks and listened to great live music. Little did we know it would be a historic night out! 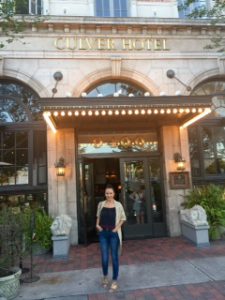 Culver City became a main hub for the movie industry.  Legendary stars stayed at The Culver Hotel.  Some made this hotel their private home, while filming for many months.  The cast of Gone with the Wind and The Wizard of Oz, including all The Munchkins lived here, while filming at Culver Studios. This hotel was hot for many years with famous stars!

Sadly after many years,  the hotel lost it’s luster and the hoopla was no more.  In fact, in the 1980’s the hotel was boarded up and was nearly torn down.  However, in the 1990’s the hotel started to get restored.  It reopened and it was put on the National Register of Historic Places in 1997.

Not only was the hotel known for housing The Wizard of Oz cast, in more recent years, The Culver Hotel has appeared in many TV shows and movies, like Last Action Hero, Bones and Cougar Town.  Just to name a few!

The hotel was sold in 2007 to an independent hotelier family. More restorations were on it’s way, with new plumbing, new electrical system, rooms all redone, with beautiful handmade windows.  Even the public spaces like the lobby were redone and managed to keep it’s architectural marvel. 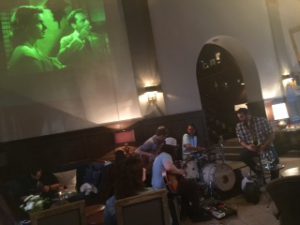 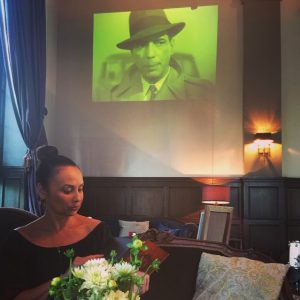 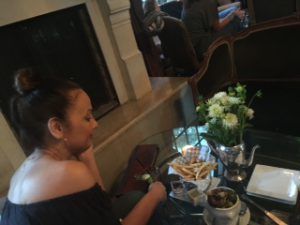 We enjoyed some appetizers and drinks, while watching a great band. Afterwards, we headed upstairs to the speakeasy bar, which was a perfect spot to top off our night!  It was truly a special treat to discover this place!  Service was spot on and everyone was so friendly! 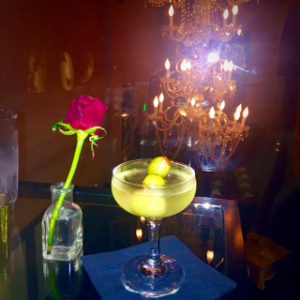