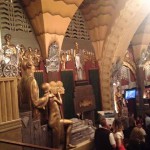 We’ve had a pretty busy summer. Though, we’ve stayed pretty local, due to my daughter’s summer soccer schedule, we’ve managed get in a lot of fun!  So, I thought I would to share with you some of our summer activities that we’ve been doing..

I think these are activities that anyone visiting Southern California would enjoy.  Maybe, there’s even locals who haven’t experienced these places.  Here are the Summer Activities in Southern California.  We have a few other trips coming up, before summer is done.  Be sure to stay tuned for future posts on that, as well!

Lake Arrowhead – We stopped by Lake Arrowhead on our way back from Big Bear Lake.  We had lunch, did some shopping and went for a stroll.

It’s a quick drive from Los Angeles.  You can get up here pretty quick, whether for a lengthy vacation, a weekend getaway, or even a day trip.

There are over 400 guestrooms in hotels, cabins, condos, motels & vacation rentals. There are great restaurants & shopping outlet stores, too.

During the summer, activities to do at Arrowhead Lake include, boating, Horseback riding, swimming, mountain biking, fishing, water skiing, sailing, road cycling, and so much more.

I love the Lake Arrowhead community.  I highly recommend a visit here, if you haven’t been here  before. 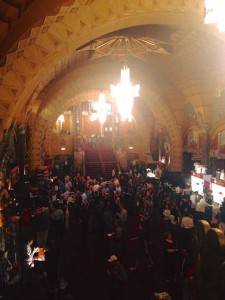 Pantages Theater – This theater is my favorite theater in Los Angeles. It’s located at Hollywood and Vine. It’s a beautiful Art Deco theater. It first opened in 1930. 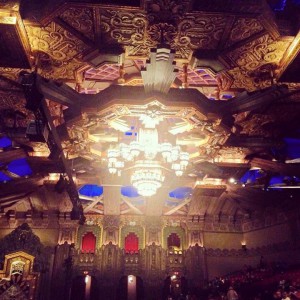 My family loves attending musicals here.  This summer, my daughter and I enjoyed an evening of Phantom of the Opera.  I was so happy she got to finally see it.  She has been obsessed with the movie and music for some years now.  It was a real special evening for us. 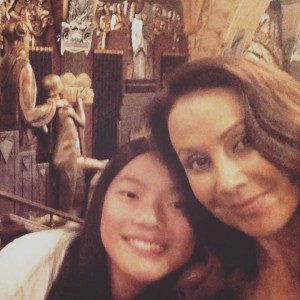 I can visit this theater and stare at the beautiful architecture all night long.  If you’re in the Hollywood area, try to catch a performance in this theater.  It’ll be well worth it!  6233 Hollywood Blvd, Los Angeles, 90028  www.hollywoodpantages.com 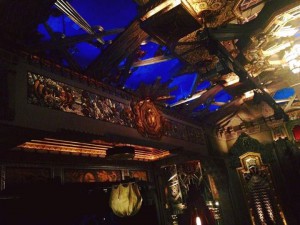 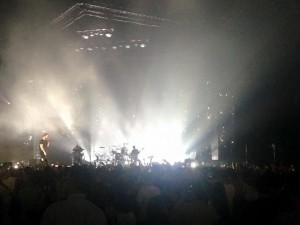 The Forum –  Considered to be a multi-purposed indoor arena.  It’s mostly a venue for music concerts.  Located in Inglewood on Manchester Blvd.   From 1967 to 1999, The Forum was  a sports venue, for the NBA’s Los Angeles Lakers, NHL’s Los Angeles Kings.  In September 24, 2014, it was listed in the National Register of Historic Places. Today, there are music concerts at The Forum, practically everyday. 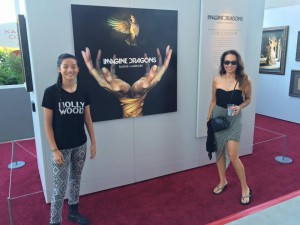 This summer, we attended the Imagine Dragons concert.  We were lucky enough to score general admission tickets on the floor.  There are no seats, when it’s general admission.  You stand the whole time.  If you think you can’t stand for around 4 hours or so, then I don’t recommend it.  However, the seats at The Forum are cramped and the floor at the seats are sticky.  I love to dance, so, the floor is where you’ll always find me!  Great time!! 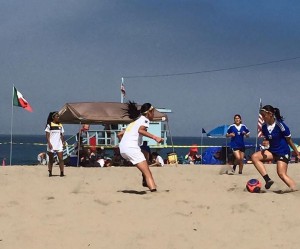 Beach Soccer in SoCal – If you’re visiting the beach any time of the year in Southern California, you just might come across some soccer players playing a game on the sand.  You may find it unusual, but beach soccer or beach football is quickly becoming more and more popular.

Beach soccer was first played in Brazil in 1992.  It was informally played on sand for many years before, but in 1992, rules were made and the sport became organized. 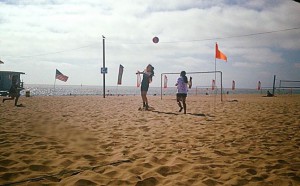 My daughter’s team just played in a tournament at El Segundo Beach.  Beach Soccer had it’s first competition in the U.S. in Miami, in 1992.   Soccer Tournaments can found all across the U.S   In California, there are tournaments up and down the coast, year round! 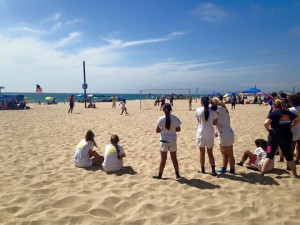 The rules are different on sand, compared to the conventional game of soccer.  The field is much smaller, first of all.  There are less players on the field, too.  Five players at a time.  It’s much harder to play soccer on the sand.  A lot of club soccer teams participate before a regular season begins, to help condition their athletes and make them stronger. 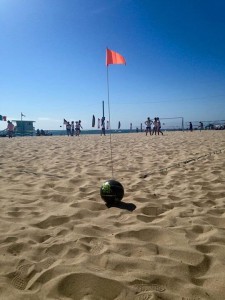 So, if you’re spending a day at the beach, anywhere in California, don’t be surprised to see soccer players playing a game.  It’s not just beach volleyball that’s popular here.  Beach Soccer is increasingly taking over the sand!  Stop and watch, if you get a chance.  It’s pretty fun to watch and you’ll be amazed by how hard the game is on sand!