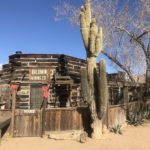 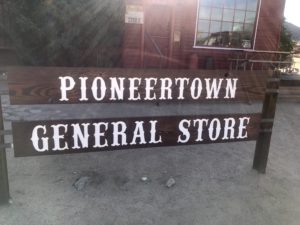 Tourists love to visit Joshua Tree National Park and rightfully so! However, close by is an interesting old western town called Pioneertown that many don’t know about.  It’s not too far from Joshua Tree and it’s definitely worth a visit! 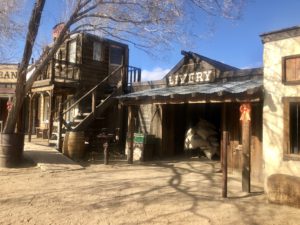 Located north of Yucca Valley is a historical looking western town. This town was built in1946 by a group of Hollywood investors who wanted to create an old western movie set. The setting  was meant to be in the 1870’s which included a jail, general store, bank, stables and more. 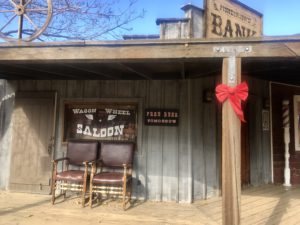 Of course this wild west town had a saloon!  There would be no wild west town without a saloon, right? Well, it really wasn’t a working a saloon, it was just a facade. However there is a real “saloon” type of restaurant called Pappy and Harriet’s Pioneertown Palace just walking distance away! 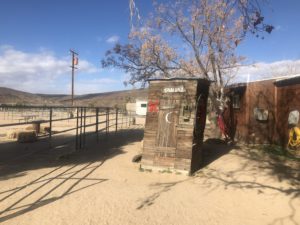 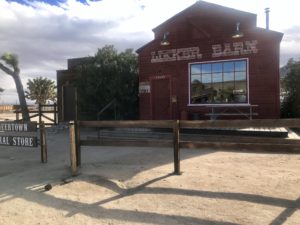 These Hollywood investors were pretty famous, like Roy Rogers, Gene Autry and Russell Hayden. In fact, Pioneertown was named after a western singing group called Sons of The Pioneers, who were investors as well. 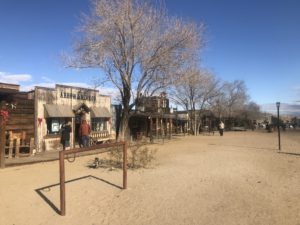 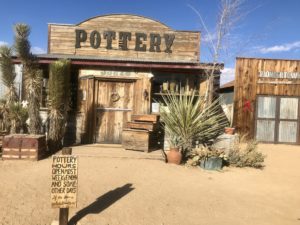 Hundreds of western movies and TV shows were filmed here from the 1940s to 1950s. Some of them were The Cisco Kid, Annie Oakley, Judge Roy Bean, The Last Chance, The Gene Autry Show and Riders in the Sky. That’s just to name a handful. 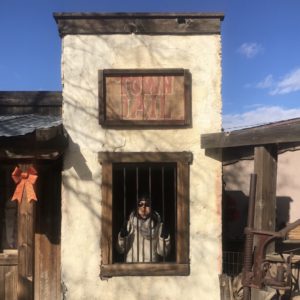 Do you see me? That’s me in jail, but Luckily it’s not real!  There really wasn’t a working bank or jail, but there is a real working ice cream shop, bowling alley and a motel in Pioneertown! 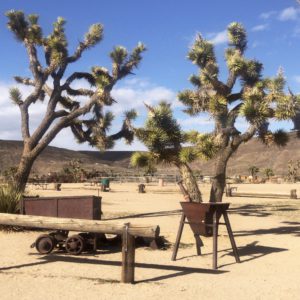 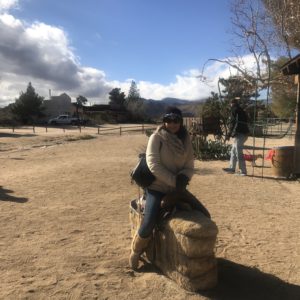 Roaming the grounds of Pioneertown was fun and quite a sight to see. You’ll find Joshua Trees everywhere and beautiful hills surrounding this little town. Throughout the year Pioneertown Wild West Theater hosts stunt shows here, too. Such great entertainment for the whole family! 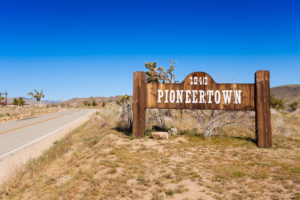 Sadly, filming in Pioneertown ended in the 1960’s. The town was taken over by the County of San Bernardino. Good news is the road through Pioneertown has been designated a California Scenic Drive. The area is now protected privately and federally. 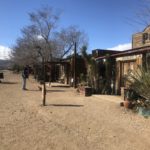 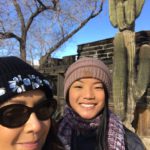 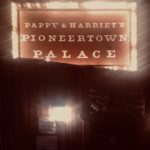 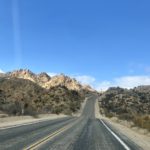 I highly recommend a day trip to Pioneertown while visiting Joshua Tree National Park or passing through Yucca Valley. Take a stroll through this fantastic western town and grab a bite at Pappy and Harriet’s Pioneertown Palace. You might catch some live music while you’re there! 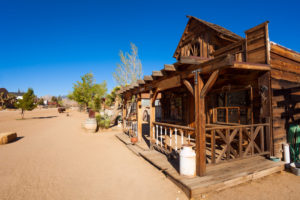