↓
Home→Neighborhoods→Petersen Automotive Museum – Not just cars, you might party, too! 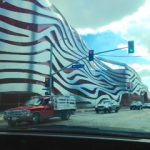 Museum Row on Miracle Mile of Wilshire Blvd, a favorite area of mine to wander and learn. With unique George C. Page Museum, La Brea Tar Pit Pavilions, famous Los Angeles County Museum of Arts and The Natural History Museum all in a row.  There’s one museum some visitors skip or may not know about and that’s The Petersen Automotive Museum.  If you’re not a car enthusiast, you might not care.  I tell you what, Peterson Automotive Museum is not just about cars, you might party, too!

This museum is one of the largest automotive museums in the world, specializing in the history of cars.  First founded in 1994 by magazine publisher Robert E. Petersen, owned by the Petersen Automotive Foundation. In 2015 the museum underwent a huge $100 million renovation. The facade of the building was redesigned by Kohn Pedersen Fox architectural firm.  The building is now racy red with stainless-steel ribbon all around.  Some say it gives the look of speed.  Some people love it, some people loathe it.  One thing for sure, you can NOT miss it! 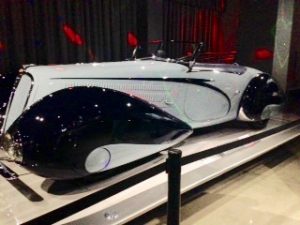 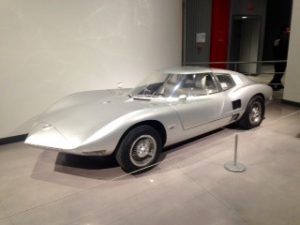 There are over 100 exotic cars on display in 25 galleries in this magnificent museum.  There’s a special car collection vault located at the basement floor where tours are offered for an extra charge.  On the first floor you’ll find  “The Artistry of the Automobile”, the second floor is primarily for industrial engineering designs, performance and educational exhibits. The top floor represents “The Road to Stardom” showing the Hollywood movie industry’s history with automobiles. 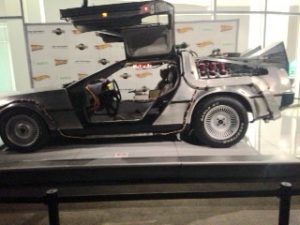 But wait, Petersen is way more cool than just being a car museum!  I was just  there and received a special treat.  I got to see a very special car and you can, too.  If you’re a fan of the 1985 Back To the Future movie, starring Michael J. Fox or maybe a fan of the famous DeLorean in the movie, then you can now visit the car in person. 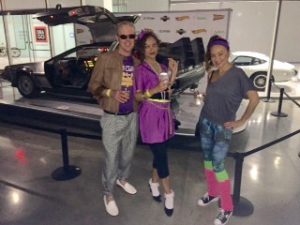 Not only did I get to see the  DeLorean from Back To The Future, I got to dance with the car, too!  No joke!  Did you know that they used 7 DeLoreans in the movie?  One was called the “A” hero DeLorean and it was used throughout the movie.  That DeLorean was restored and is now on permanent display at the museum.  Petersen held a month long celebration for the arrival of this special Back To The Future DeLorean. 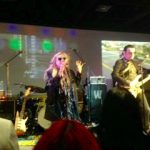 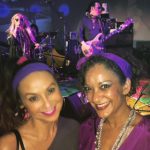 I was lucky to attend a fun 80’s costume “Under The Sea” dance party, replicating the prom from Back To The Future.  Live music was performed by famous 80’s band Missing Persons and Back To The Future tribute band, The Flux Capacitors.  It took place on the first floor where the DeLorean is displayed.  While we were dancing away at our Fun fake prom, there was a real prom being held on the second floor, hilarious!  Apparently, the museum hosts many parties and events all of the time, which means that I’ll definitely be back…to the future!! Haha!  You should, too! 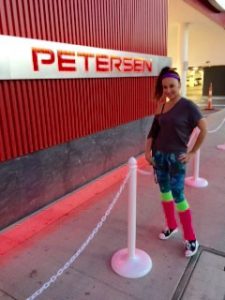 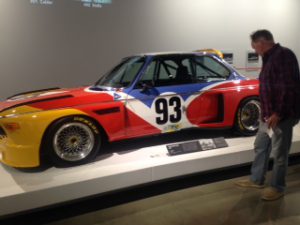 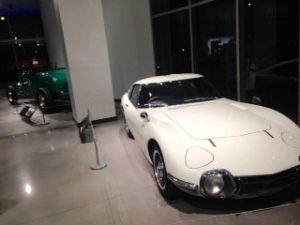