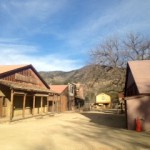 UPDATE – On November 8, 2018 a massive fire ignited in both  Los Angeles County and Ventura County.  The inferno burned more that 96,000 acres, killing 3 people and destroying over 1,600 structures. Sadly, a few days later, the fire raged towards Paramount Ranch and the famous western town was also destroyed in this devastating fire. 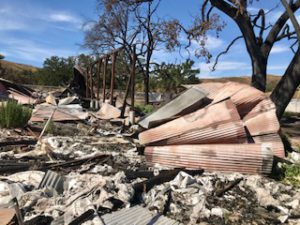 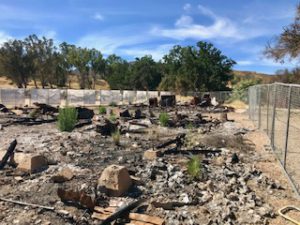 Nearly a year later, my family finally came back to this iconic western town to witness the terrible destruction. Paramount Ranch was burnt to the ground 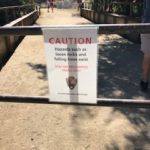 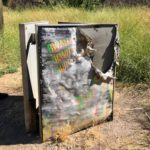 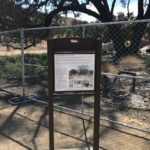 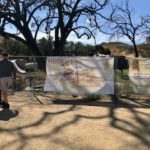 The site was all fenced off around the destroyed buildings.  Still standing were the burnt signs that were once helpful information for the visitors. Today there are warning signs everywhere, too. 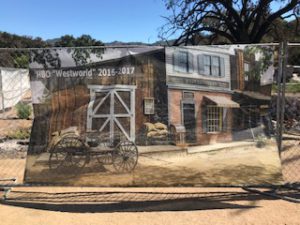 What’s interesting is there are pictures of the original buildings draped over the fence in front of each burnt down one. There’s even information on the movies and television shows that each building was used in.  It’s still an educational visit for Hollywood film and TV enthusiasts. 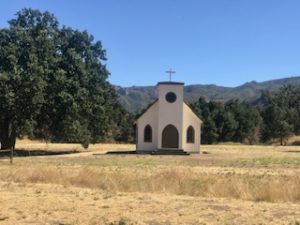 We surprisingly found something very beautiful at Paramount Ranch. The chapel used in many shows and films was saved!  The chapel looked completely unscathed. 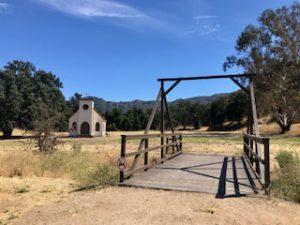 There is some normalcy here luckily.  Not only is the chapel still stand but the bridge and hiking trails are pretty much in tact.  Horseback riding is still available near the parking lot. 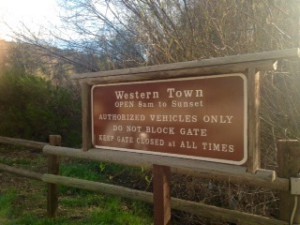 The wonderful news is Paramount Ranch will be back hopefully by 2020!  They plan to rebuild the western town and Hollywood will be back filming here.  So I say still come visit now and come back later to see the revamped Paramount Ranch.  I’ll be sure to update you! 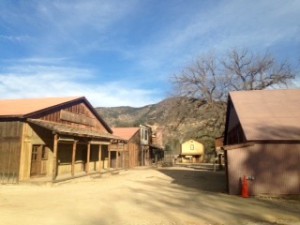 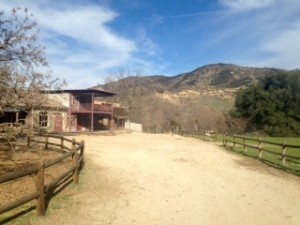 Back in the 1920’s for many years, Paramount Ranch was once a busy working movie ranch.  It was just minutes away from famous Malibu Beach.  Hollywood based studios couldn’t recreate an old western town on sound stages and back lots, so they ventured out to the rustic wilderness of Southern California to find filming locations. 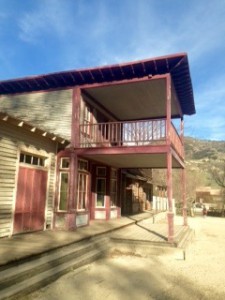 The natural 2,700 acre of California landscape was perfectly suitable for western locations and other type of settings.  Paramount Studios specifically purchased this land for filming. Many movies and T.V. shows were filmed at Paramount Ranch for 60 plus years. 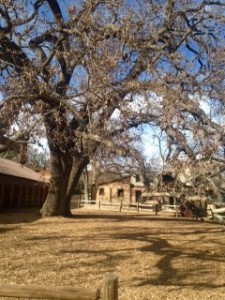 This site has posed as Tombstone, Arizona and Dodge City, Kansas.  It also has fooled moviegoers to think that this site was Montana, Colorado, The Ozark Mountains, Albuquerque, New Mexico and Tom Sawyer’s Missouri!  Crazy! 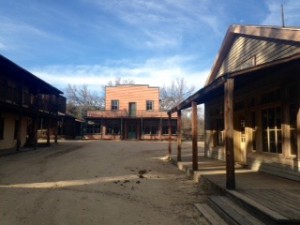 From 1957 to 1980, the ranch did change ownership several times.  However,  tons of movies and television shows continued to be filmed at Paramount Ranch.  Some movies of old and of more recent were: 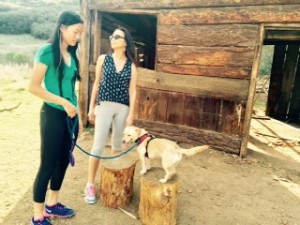 Lucky for all of us, Paramount Ranch is open to the Public today!  You can meander through the charming western town and explore these picturesque grounds. 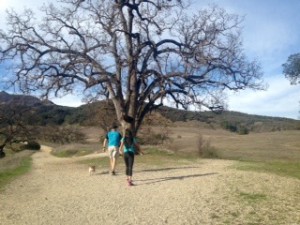 The land surrounding the western town is gorgeous and there are several well groomed trails to go hiking & mountain biking on.  Feel free to bring your dog, always keep them on their leash and don’t forget to pick up after them! 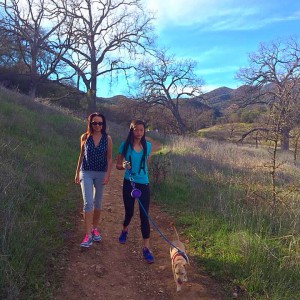 For some reason we always find ourselves at Paramount Ranch on Valentine’s Day.  We love picnicking (yes, we’re so lucky we can picnic in February) and we love going on long walks here. It’s pretty romantic, even though we always take the whole family.  It’s our family Valentine’s Day excursion! 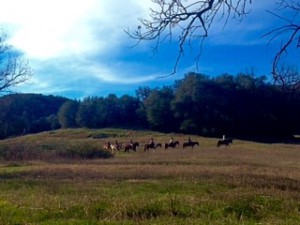 You can even horseback ride here!  We’ve rode here and it’s pretty amazing, leave alone that the views are absolutely stunning!  You’ll feel like you’re riding during  the old wild west days! 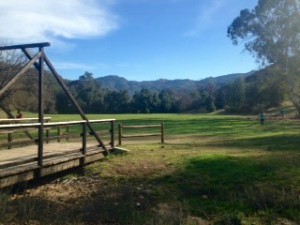 Paramount Ranch is located at 2903 Cornell Road, Agoura Hills and is open every day, from dawn to dusk.  Business office is open 8am-5pm.  If you’re interested in horseback riding at Paramount Ranch, contact Malibu Riders at (818) 510-2245 or make a reservation online at maliburiders.com.  Meet at the Paramount Ranch parking lot. Enjoy where the Old Wild West meets Malibu!