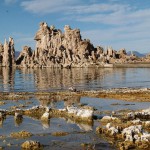 Located in California’s beautiful Eastern Sierras, right off of Highway 395 is an intriguing lake called Mono Lake.  If you’re traveling on the highway, you won’t miss seeing this unique lake and you’ll be curious, I promise!!  So, why not stop by to learn about the mystery of Mono Lake! 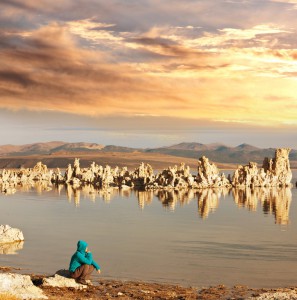 Mono Lake is considered to be one of the oldest lakes in the western hemisphere. The size of the lake was 86 square miles in 1941, but in 1982, it shrunk to 60 square miles.

You’ll find brine shrimp, alkali flies and various bird life at the edge of the great basin desert.  Mono Lake is a great sightseeing trip for the entire family.

Mono Lake isn’t really haunted and isn’t a mystery, but does have a very important story to tell and is the perfect place for everyone to learn about how just one water issue has changed the way we consume water.. 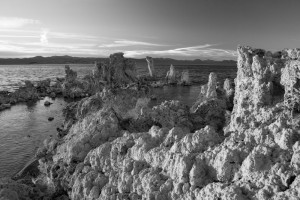 Back in 1941, the Los Angeles Department of Water and Power began diverting Mono Lake’s tributary streams 350 miles south, to the city of Los Angeles.  The city needed the water to meet the growing water demands. Unfortunately, the lake suffered greatly, losing half of it’s volume and became deprived of its freshwater sources, while it’s salinity doubled.  Mono Lake was unable to adapt to the nearly immediate changing conditions. 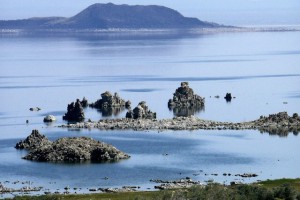 Mono Lake had islands that were important nesting sites. They quickly became peninsulas and were vulnerable to mammalian and reptilian predators.  The stream ecosystem started to unravel due to lack of water.  Photosynthetic algae, the base of the food chain were reduced, while reproductive abilities of brine shrimp became impaired. The air quality also became poor around the exposed lake bed.  Mono Lake was falling apart. 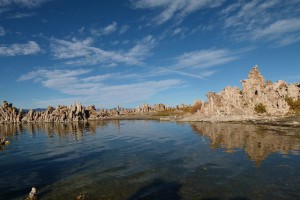 By 1978, a Mono Lake committee was formed and talks began with conservation clubs, service organizations, lawyers and all that were interested in saving this high desert lake.   The committee grew to 20,000 members and gained legal and legislative recognition for the lake. 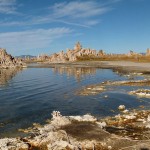 Since then, the committee accomplished a good fight to protect Mono Lake.  Working with the public, a various coalition of government agencies and non-profit groups, this committee has brought negotiations, legislation and litigation to Mono Lake’s support. 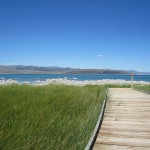