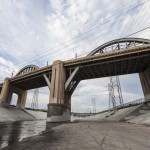 L.A.’s iconic Sixth Street Bridge, a famous landmark that’s been in many movies, music videos, T.V. shows and videos games, bids farewell after decades of being a Los Angeles staple. 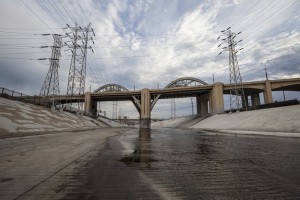 Built in1932, this viaduct bridge, connects the neighborhood of Boyle Heights with the Arts District in Downtown Los Angeles.  Built with reinforced concrete and steel, over the Los Angeles River, this bridge has seen it’s best days. The bridge is not considered earthquake safe because of a bad chemical reaction from the cement.  So, a brand new bridge will go up in the next coming years. 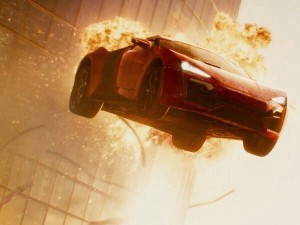 Some people think that they’ve never seen this bridge before. Oh, but they have!  The Sixth Street bridge has appeared in movies like Grease, Freaky Friday, To Live and Die in LA, The Mask, Terminator 2 & 3, Repo Man, and most recently Fast & Furious 7. 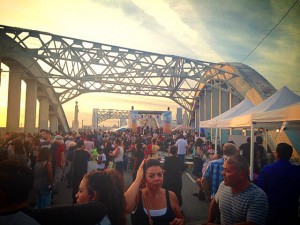 The City L.A. will start the demolition of the bridge on January 8, 2016 and remains until then.  However, for now, a proper farewell party is in order!  So, the city of Los Angeles threw a big Sixth Street Bridge Festival and it was quite the party! 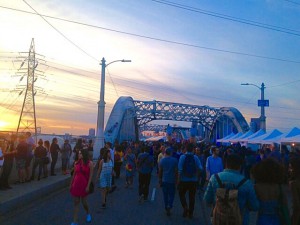 Thousands of residents, from all around Los Angeles, gathered on the 3,500 foot bridge, to celebrate the landmark’s history.  Councilman Jose Huizar, who represents both Boyle Heights and The Arts District in Downtown Los Angeles, was the party’s host.  He made sure the soon-to-be demolished bridge was honored and introduced the future modernly designed bridge. 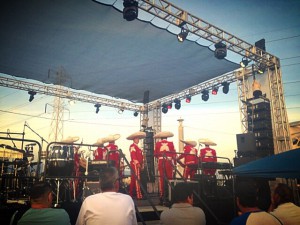 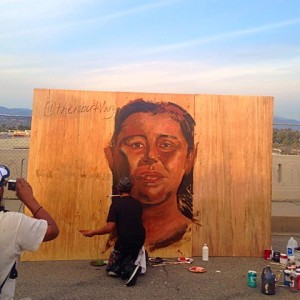 There were food trucks, mariachis and other musical performances, community booths, live mural paintings, beer gardens, Sixth Street Art exhibits and activities for the little ones! Fireworks capped off the beautiful evening. 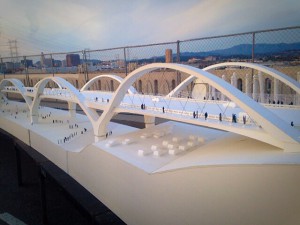 A  modeled replica of the future $428 million dollar bridge was on display for everyone to see.  The bridge is expected to be completed by 2018 and opens in early 2019. It’ll be gorgeous! 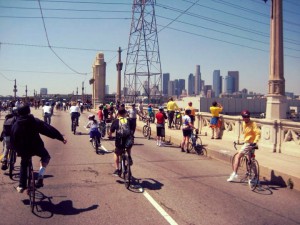 We’ve had the privilege of riding on this iconic bridge with our bicycles, with no cars in sight, during a bicycle event called CIclavia.  It was quite the treat!  Tearing down this bridge is definitely bittersweet for us. 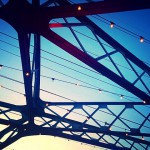 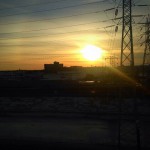 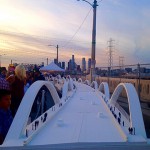 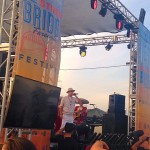 It’s hard to see a landmark go away. There’s nothing more beautiful than seeing old architecture in a big city. However, the bridge does have to come down and a beautiful new bridge will take over and it’ll be a famous landmark, as well.  My family looks forward to riding our bicycles on the new bridge, but for now, farewell, Sixth Street Bridge!  Thank you for standing there, so majestically, for so many years!