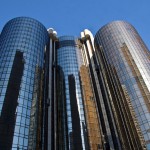 Downtown Los Angeles was never a focal point when it came to vacationing in Southern California.  However, Downtown L.A. is slowly becoming a destination.  With the recent entertainment center, L.A. Live, built several years ago, Downtown L.A. has indeed, come alive!

Located next to Staples Center, home of The Lakers and Clippers Basketall teams and Kings Hockey team, as well as concerts and other events.  Together, these two venues have become the entertainment hub of Los Angeles.

New apartment buildings, restaurants, museums and shopping centers have all been built in the area.  Old hotels are getting spruced up and new, trendy hotels are popping up. If you’d like to check out downtown L.A., it’s a good idea to stay the night and experience what is becoming an enjoyable time in Downtown Los Angeles..

Located within L.A. Live Center, this luxurious hotel is in the heart of all of the action.  Top notch in every way.  Marble bathrooms, flatscreen TVs and plush everything, will make you feel completely pampered.  There’s a rooftop pool with amazing views of the mountains and city.  There’s a spa and world class restaurants, lounge, cafes and bars for the guests  to enjoy.  900 West Olympic Blvd, LA 90015

Marriott outdid itself when this hotel was built.  Located right by The Ritz  and steps away from L.A. Live. More than 800, well appointed, rooms and suites, all modern and upscale.  6 Superb restaurants and a huge spa all can be found at this stunning Marriotts.   I am a big fan of Marriotts and this Marriotts is one of the best. 900 West Olympic Blvd, LA 90015

One of my favorite hotels in Los Angeles. First opened in1923, this hotel is romantic and has that old world charm that you feel, when walking into the lobby. Because this hotel is old, its not as big and luxurious as the hotels that are popping up in Downtown in L.A.  There is an old Hollywood feel that makes you feel special.  Still close to all the happenings in downtown. It’s a nice change from all the trendy places.  What can I say, I went to my prom here and have stayed here many times.  I am partial to this historic beauty.  506 S. Grand Avenue, LA 90071

Well known for its 34th floor revolving lounge, with 360 degree views of the city, Hollywood sign and mountains.  There’s a restaurant on the 35th floor restaurant, as well.  Also known for the hotel’s architectural, cylnder building and it’s glass elevators. This hotel has been featured in several  films. One of the largest hotels in L.A. and one of the most popular hotels in Los Angeles.  Close to downtown attractions and L.A. freeways, which makes this an easy accessible hotel.  404 S. Figueroa St. LA 90071

Just likeThe Standard on The Sunset Strip in West Hollywood, this hotel is hip and trendy.  Young, Hollywood crowd love to hang out here.  The rooftop pool and bar has striking views of the downtown skyline.  The lobby bar is casual, yet super chic.  The rooms all modern and savy.  Definitely stay here, if you want to party and sleep in the same place. 550 S. Flower St, LA 90071

Located in the historic United Artist Building, this old building has been transformed into a hipster boutique hotel.  With a cool rooftop bar, you can relax and take in the L.A. vibe.  Rooms are simple, yet very modern.  Walking distance to L.A. Live and Staples Center. Recently opened in 2014, this hotel is a great addition to downtown L.A..  There’s also an Ace Hotel in Palm Springs and it’s pretty awesome.  I like this one, too!  929 S. Broadway, LA, 90015

Steps away from L.A. Live and Staples Center, makes this boutique hotel an easy choice if you’re on a budget, but want to be close to all the going ons.  Built in 1925, this spanish-mediterranean building has a dramatic, yet romantic vibe. You’ll feel like you’re actually away from all of the action.  With a lovely pool and restaurant, you can relax with a nice dinner and dip in the pool, before heading off to a show or game.  939 S. Figueroa, LA 90015

This chic boutque hotel is about 15 minutes away from L.A. Live, but easy to get to all of the Downtown L.A. attractions.   What’s really cool about this hotel is the unique black marble in the lobby and the red lit elevator. Very modern and hip, at a real decent price.  O Hotel always gets rave reviews.  Worth checking out.  819 Flower St. LA 90017

Royal Pagoda is more of a motel and closer to Dodger Stadium than Staples Center.  It’s a good bargain at an average price of $70 a night.  Family owned hotel, clean rooms, walk in closet and free parking.  you can’t beat that, for the price!  995 N. Broadway, LA 90012

Super hip Hostel, with a variety of different types of rooms available. There’s a menu of accommodations for you to choose from, depending on your interests and budget. A totally cool vibe is why this place is very popular with international and domestic travelers.  Free wi-fi and a cafe on-site.  640 S. Main Street, LA 90014