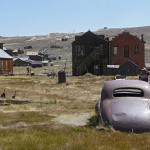 If you’re vacationing at Mammoth Mountain or camping at June Lake and you’re looking to do some exploring, then head to Bodie, where a ghost town is really a ghost town!

This ghostly gold mining town is located in the basin range of the eastern Sierra Nevada Mountains. At an elevation of 8,400 ft,  you’ll find a very interesting Historic Park, just off of the 395 highway, not far from Mammoth Lakes, June Lake, right by Mono Lake. 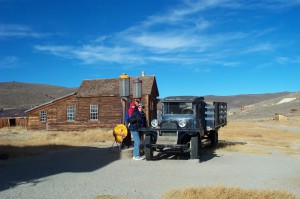 Spread out over 1,000 acres, you’ll find 170 buildings in a protected state of “arrested decay’.  Bodie is known to be one of the most authentic, abandoned gold mining towns in the west.  Back in the day, Bodie  was also literally known to be The Wild West, with lots of misbehaving! 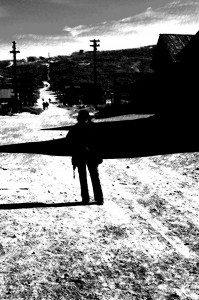 It basically all started back in 1859, when 4 prospectors discovered gold in a shallow area of a California valley, near Mono Lake.  One of the men was named W.S Bodey.  Many more miners soon joined the men, up until a November blizzard blasted the men and one of them was killed.

That miner killed was W.S. Bodey.  Soon after his death, the gold miners named the town after him.  The spelling of the name changed when a painter accidentally misspelled Bodey at the horse stables, reading “Bodie Stables”.  The town decided the spelling looked better and went with Bodie. 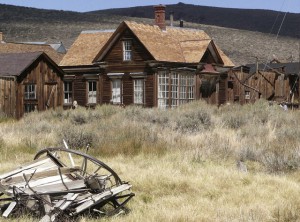 By 1876, some profitable deposit of gold was discovered and it quickly transformed this small mining town into a booming gold rush town.  Another nearby mining town started attracting people, as well. Soon the population of this area grew to nearly 7,000 people and 2,000 buildings!  Bodie produced something like $34 million dollars during these years, crazy! 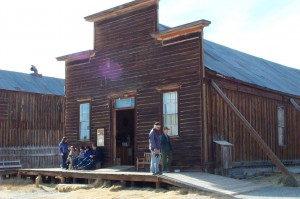 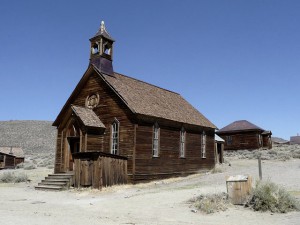 What came with this booming mining town, were shoot outs, bar room brawls, gambling, prostitution, murders, stage coach hold ups and a whole lot of bad behavior by the “bad men of Bodie”. Other menacing threats in this town were the extreme weather conditions.  From freezing winters to sweltering hot summers, many couldn’t survive.  Terrible mining accidents took hundreds of lives, as well. 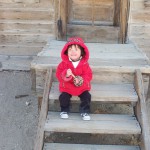 There’s a known report of a little girl moving with her family to Bodie, praying one evening, saying “goodbye God, we are going to Bodie”. Bodie had quite a bad reputation! 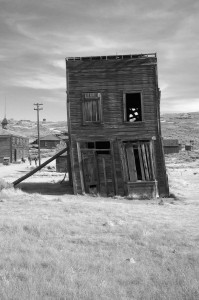 But, all good things (and bad things!) must come to an end.  Bodie started a slow decline in1880. Other mining town booms started popping up in Montana and Arizona, like Tombstone.  People started leaving Bodie.  Soon after, a fire destroyed many businesses, as well.

Bodie did continue to run with it’s own railway system and a few remaining mining companies, but in 1932  another huge fire destroyed much of the town.  Prohibition and the depression didn’t help and the town was nearly done.

By the 1950’s, Bodie became a ghost town.  People literally got up and left.  That’s why so many of the buildings still had stuff remaining in them.  Residents left nearly everything behind. 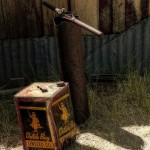 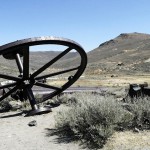 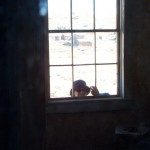 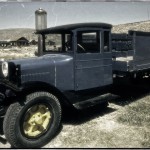 In 1962, Bodie became a State Historic Park.  A few years later, Bodie was dedicated to be a California Historic Site and a National Historic Site.  The reason why Bodie is termed to be in “arrested decay”, because the buildings are protected & not restored. 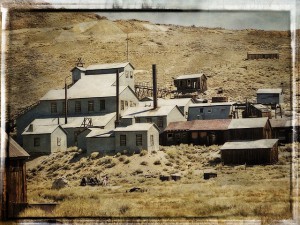 Bodie is now an intriguing, sprawling ghost town of old buildings, cars, church, school & a cemetery on the outskirt of town.  There are reports of stories of ghostly activities in haunted houses, around town. I think these are all good reasons to go explore this ghost town! 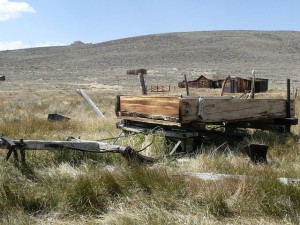 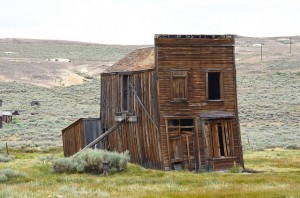 If you plan on visiting Bodie, there are a few things you should know.  Bodie is off Highway 395 to Highway 270, the paved road will end.  You’ll have to drive on a dirt road for 3 miles, it can be rough.  You’ll need good tires.  The extreme weather still holds true today.  Winter is frigid cold, summer is wickedly hot.  Dress accordingly.  There’s a small fee to enter Bodie, it’s worth it!!  Bodie is a must visit,  put it on your bucket list now!   Located at Bodie Rd., Bridgeport, CA 93517  619-647-6445