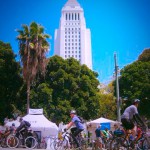 Bicycling in Los Angeles has been gaining speed in recent years.  In the past 10 years, bike paths have been popping up through out Southern California. While riding bicycles still isn’t a main form of transportation in Los Angeles, it has gained popularity, due to the more available bike paths. There are more people commuting to work by bicycles, more people riding bikes for recreational activity and even more are pedaling to become fit. Don’t forget your helmet. 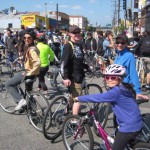 Los Angeles celebrates bicycling with an event called Ciclavia a few times a year. This event has brought the community together and outside, to enjoy car free roads for the day!  Here’s some information on Ciclavia, as well as information on popular bike paths in the Los Angeles area. 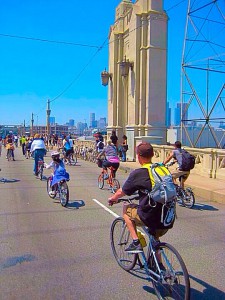 Ciclavia originates from the Spanish word Ciclovio or Cyclovia, which mean “cycle way ” or “bike path”. It became a bicycle event  in Colombia in the 1980’s, to promote bicycling in the city of Bogota. Closing off streets to cars with performances and activities on the sidewalks, people roam freely on bicycles and on foot.

In recent years, Ciclovia started spreading out to other countries. It quickly became a popular event in big cities, promoting open spaces and car free days.

The popular event came to Los Angeles on October 10, 2010. My family was lucky enough to experience the very first bicycle event, which is referred to as Ciclavia in LA. 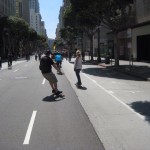 The closed off streets started in East Hollywood and ended in Hollenbeck Park in Downtown Los Angeles.  Only a few thousand attended the first Ciclavia. The streets were pretty open for the few thousand that did come out.

Of course, media was covering this crazy idea of closing off streets to cars. Quickly, Ciclavia became a hit and the second Ciclavia doubled in attendance. We were there on the second one, as well and brought friends along, this time. 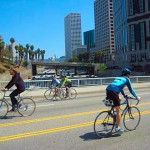 What was thought to be a yearly event, quickly became twice year, to now being a 3 time a year event!  It’s quite the celebration, with local restaurants and stores being festive.  Food vendors and all kinds of entertainment are lined along the Ciclavia route.  The weather has always been beautiful for the event.

The Ciclavia route has usually been somewhere within Los Angeles proper. However, the event is starting spread to out to the suburbs of Los Angeles. If you’re in Southern California and want to experience Ciclavia, be sure to regularly check their website, to see when and where Ciclavia is.  Don’t forget that you don’t have to ride a bike, to enjoy Ciclavia. Pedestrians and skateboarders are all welcome.  Always be safe and follow the rules. Enjoy! 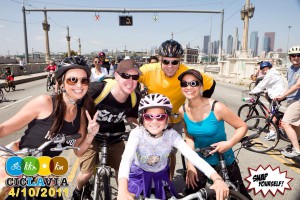 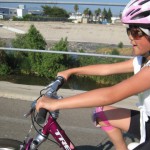 This 7.4 mile bike path is located between the Los Angeles River and the 5 freeway.  From Figueroa Street in Atwater Village, through the Glendale narrows, to the river’s intersection with Riverside Drive.  What makes this bike path unique, is that it goes along a section of the river that actually has a dirt bottom.

You’ll find many birds and plants living in these parts of the river.  So, you get two activities for the price of one.  Bike riding and birdwatching!

This bike path does get loud because of the freeway. However, I consider this ride to be a quiet ride due to this bike path not being too busy. Rollerbladers enjoy this path too, because it’s not inundated with a lot of bikes. 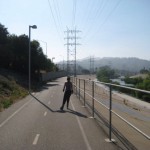 Close by The Los Angeles River Bike path is Griffith Park, which is a favorite park of mine. While I mostly hike in the park, there are bike paths too! One being the Loop Bike Path. 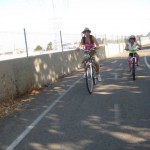 This bike trail might be the most popular and most travelled in Los Angeles.  22 mile stretch bike trail, locals refer to this trail as The Strand.  You can hook up anywhere on the 22 mile trail and go as far as you’d like.

Marvin Braude Bike Trail goes from Will Rogers State Beach in Pacific Palisades, down to Torrance County beach.  The ride will take you through some of the nicest beach towns in Southern California, including Santa Monica, Venice, Marina Del Rey, Manhattan beach, Hermosa Beach and Redondo Beach.

For a nice, relaxing family ride, we like to start in Playa Del Rey and stop for an early dinner in Hermosa Beach.  Its very busy during the summer, so we’ll start later in the day, when the crowds start to die down.  We’ll continue to ride, after eating and stop to watch the magical sunset.  Its always a great ride on this bike path!

This bike path circles outside of the Sepulveda Dam Recreation area, in the San Fernando Valley.  It’s basically  two parks which includes, a lake with boat rentals and fishing, a golf course, a sports center, playgrounds, tennis courts, Japanese Gardens and a wildlife preserve.  Lots to do at this park!

The bike path is a 7.5 mile loop.  Its a very busy bike trail.  There are lots of runners, rollerbladers, skateboarder, walkers on this path, as well.  Bring lots of water because it can get very warm at this location.

We ride this bike often.  Its easy accessible and its an easy ride but, you really do get a great work out in.  Its a very enjoyable bike ride with lots of different things to look at, as you ride. Located at 17017 Burbank Blvd,  Encino 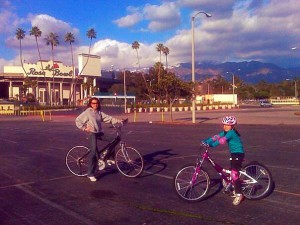 This bike ride loops around the iconic Rose Bowl.  Its a 3.3 mile loop and this path is always packed with bikes, runners and walkers. It’s quite busy during the week, in the evenings. You’ll find large groups of cyclists training here during the week, too.

There are specific rules for the bike riders and the pedestrians, to keep them separate.  So, be sure to follow the rules.  Also, check for events at The Rose Bowl.  If theres an event, like a concert or game, you won’t be allow to enjoy the loop path. Overall, this ride is an easy and very beautiful ride. Located at 1001 Rose Bowl Dr. Pasadena 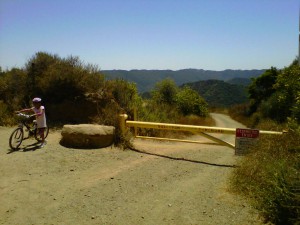 Some of the best trails are in the Angeles National Forest and Santa Monica Mountains.  Also, some of the parks that have dirt trails are Griffith Park, Runyon Canyon Park and Ernest E. Debs Regional Park.  These parks are busy with hikers, so always follow the rules and be careful. 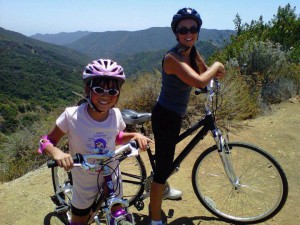 My family’s favorite spot for mountain biking is Dirt Mulholland in the Santa Monica Mountains. Located off of the 405 freeway on Mulholland, at the very end of the paved road, where it becomes dirt.  More than 7 miles of riding and hiking.  Not a usually crowded spot either.

From the top of the mountain,  the views of the San Fernando Valley are spectacular and even more beautiful views of the ocean, on the other side.  There are easy spots to ride and strenuous hills to ride, as well.  Something for everybody.