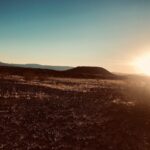 California is the best state for road trips!  Some places you can drive to are so unique. However, travelers don’t necessarily look for places that may be unique. They like to go to the well known places. Let me  introduce to you a special and unique place called Amboy Crater and  Ghost Town. True California hidden gem! 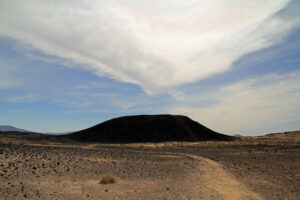 Located in Southern California in the Mojave Desert,  right off of Route 66 is this magnificent volcanic cinder cone and nearby is the town of Amboy. 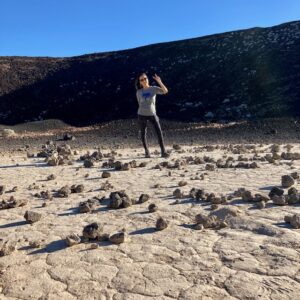 Amboy Crater is a volcanic cinder cone standing 225 feet high and 1,500 feet in diameter. It sits in a volcanic field which is considered to be one of the youngest in this country. 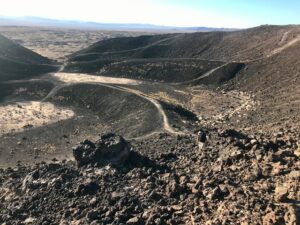 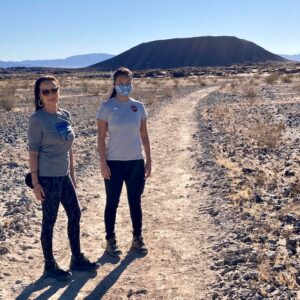 If you’re interested in exploring the crater, there’s a beautifully groomed trail that takes you from the parking lot right to the crater. 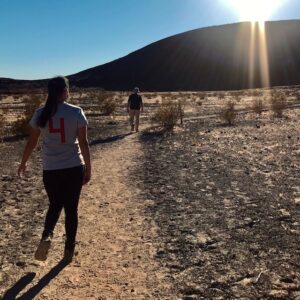 The trail is an easy 3 miles out and back. There isn’t any shade, so don’t forget to put on sunscreen and bring plenty of water. There are clean restrooms and picnic benches located near the parking lot. 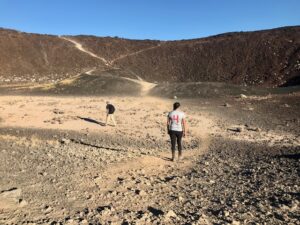 Exploring tourists can walk up and into the crater, which makes the hike more difficult. It’s so interesting once you get into the center of the crater. It makes you feel like you’re on the moon! 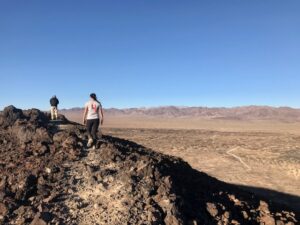 Once you climb up and into the crater, you can also climb up to the edge of the crater. While it might be a little scary if you’re afraid of heights, it’s well worth the effort. The view from the very top is magnificent! 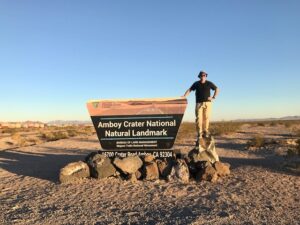 Amboy Crater was designated a National Natural Landmark in 1974. The crater is south of the historic US Route 66 and near the small town of Amboy which is considered to be a Ghost town now.  Both considered to be California icons! 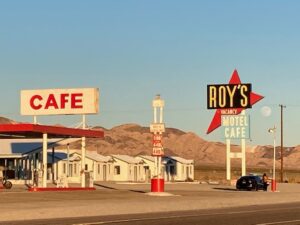 After you finish exploring Amboy Crater, take a short drive over to Amboy Ghost Town where you can explore a little more! 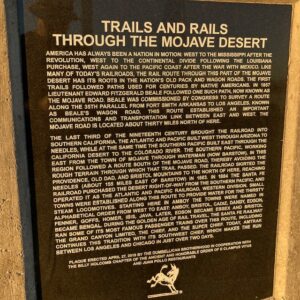 The town of Amboy was founded in the 1850’s and located right off of Route 66.  Amboy was considered to be a boomtown because it served travelers going from Chicago on their way to Los Angeles. This little town was the first railroad station stop going across the Mojave Desert. 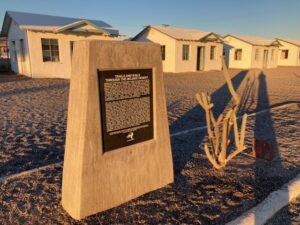 Unfortunately, when the Interstate highway system was completed later in the 20th century, this boomtown went desolate. Travelers felt they didn’t have to stop in Amboy anymore. 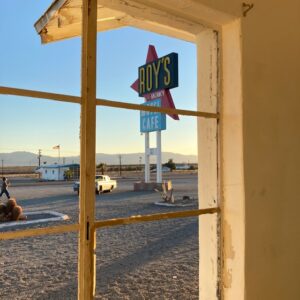 After Amboy shut down, it’s first resident allowed Hollywood studios to film there. Eventually, Amboy was sold several times over and was even on Ebay! 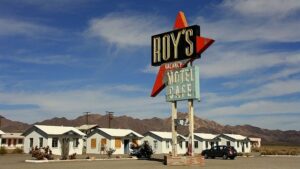 Now years later, Roy’s Cafe and gas station have opened up and there’s a post office, too. Tourists can explore a graveyard, school, motel and church in this  interesting town. You should stop by! 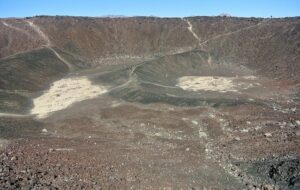 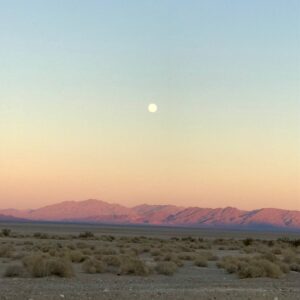