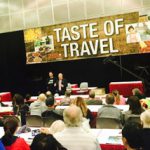 Any excuse to head to DTLA, better known as Downtown Los Angeles, we’ll happily jump in the car and go!! We love hitting downtown for street festivals, sporting events, museum days, opening of restaurants, the list goes on.  On this day, we visited the LA Convention Center and spent a day in DTLA for the Travel and Adventure Show! 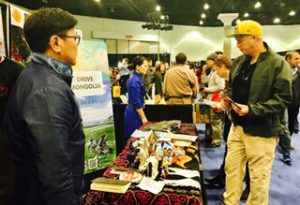 I love planning my own vacations and don’t really need that much help in doing so, but sometimes I need help on deciding exactly where to go!  Let’s face it, there’s so much to do in California, but where to start?  An event like a Travel Show can lead the way. 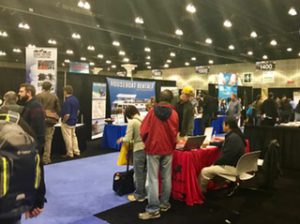 Not only can a Travel Show help you plan a vacation to California, but this show can help you plan a trip to absolutely anywhere in the world! There were hundreds of global exhibitors at the show to answers questions and offer deals. 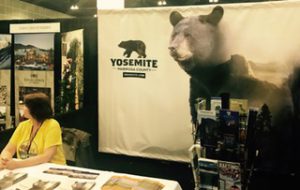 Of course, I like staying right here in California, simply because there’s so much to do in my state.  So, I was very pleased to see every part of California represented here at the show, from Yosemite, to Death Valley, to San Diego and everywhere in between! 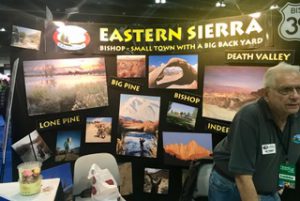 I especially liked the booth that represented the Eastern Sierras, our favorite area to explore! I grabbed a pamphlet which included loads of backroad tours that we didn’t even know about.  We’ll take advantage of this pamphlet, for sure!! 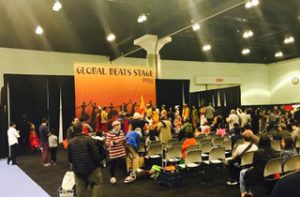 If you need a break from walking around the hundreds of booths, then take a seat at one of the theaters.  Enjoy presentations at the Travel Theater, The Savvy Traveler Theater, Destinations theater, Global Beats Stage and my favorite, The Taste of Travel Theater. 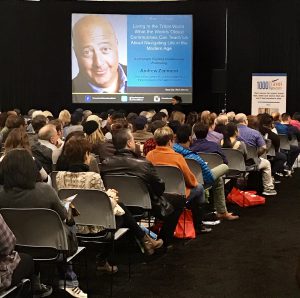 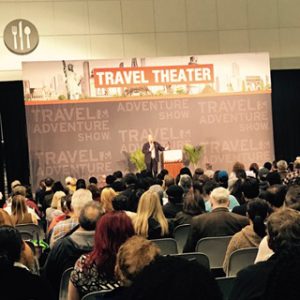 They had many demonstrations and keynote speakers, including American TV personality Andrew Zimmer, who is a chef and food writer.  He spoke at the Taste of Travel theater.  Andrew talked about eating guinea pigs, yes, you read that right.  He’s a pretty funny guy!  He also spoke at the Travel theater, where he told stories of him galavanting around the world.  He had a large audience that hung on his every word. 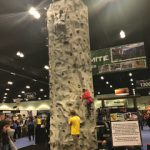 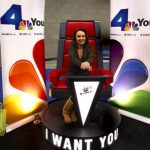 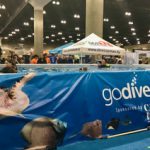 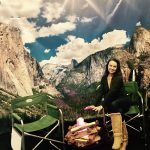 The Travel Show had other fun exhibits that were interactive, like scuba diving, rock climbing, as well as sitting in the red chair of the TV show called The Voice”.  Of course, I had to take a seat there!  The kids loved all those exhibits! There were also dance performances from all around the world at the Global Beats Stage. 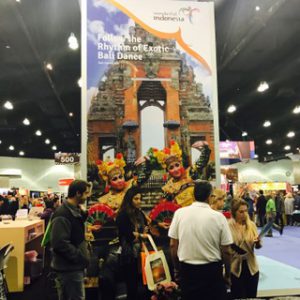 While you may think the show isn’t for everybody, I think it’s worth going to if you just love to travel. The travel Show will be stopping at many more cities.   Denver, Philadelphia, Dallas, Chicago, dates are all coming up.  If you’re in San Diego, the show will be there on March 4 & 5.  Visit travelshows.com  for dates and go out and travel the world! 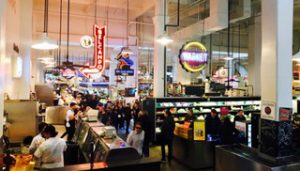 Next stop is eating food!!  A fun part of our day was going to Grand Central Market, yay!!! This historic DTLA Landmark food court is a must stop for all, especially foodies!! 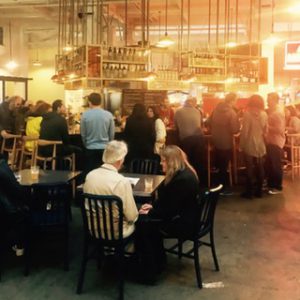 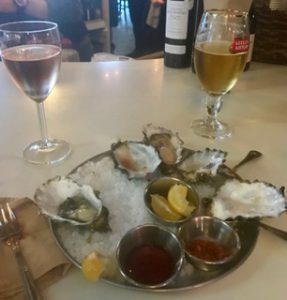 Grand Central Market has been around since 1917 with some of the best food in all of Southern California.  Tourists and locals gather here to experience the authentic cuisine and culture of Los Angeles. 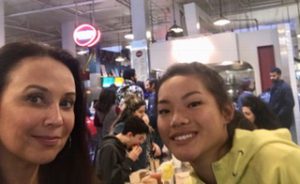 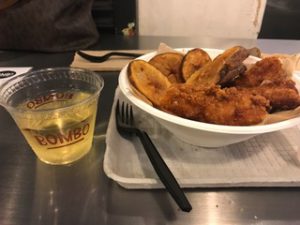 There are eateries like Bombo Food which has wonderful seafood and there’s Egg Slut, known for their messy breakfast sandwich, there’s also the delicious Thai place called Sticky Rice, which opened in 2014.  All time greats like Sarita’s Pupseria and China Cafe are both still favorites. 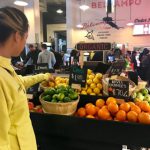 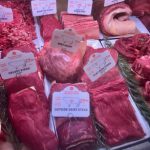 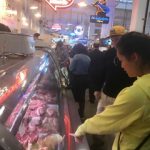 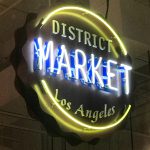 You’ll find produce and meat markets, as well as coffee, wine and oyster bars.  There’s also the longtime fave McConnell Fine Ice Cream, yum!  As you can see, there’s something for everyone!  Be sure visit this food haven at 317 S. Broadway, LA 90013.  Open everyday of the week! 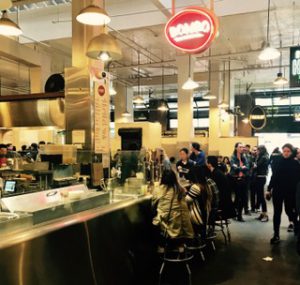 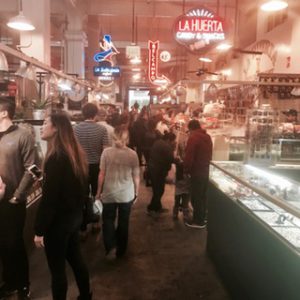